Despite the massive electoral fraud, there is no legal validity for Saturday’s illegitimate referendum to change Macedonia’s name.

Results from the poor voter turnout sent shock waves through SDSM ranks and rocked the political party into damage control yesterday after the Zaev government could only manage a popular turnout of around 35%, far below the legal and constitutional requirement for validity.

Under articles 73 and 120 of the Macedonian constitution and the Law on Referendums article 7 (3), a minimum of 50% turnout of all registered voters (approx. 1.8 million) is required for a legally valid quorum. An absolute majority (50%+1) in the affirmative of all registered voters in addition to the legal quorum is also required for a referendum to be considered successful.

The laughable attempts on behalf of the Zaev junta to claim that it has obtained the popular vote of the public because 90% voted in favour of the referendum question underlies the manipulative tactics it is currently employing, including stating that the referendum was ‘consultative’ in order to implement a Euro-Atlantic geo-strategy and remove all traces of rival interests to the US in the Balkans.

The US-backed SDSM Junta vowed to press on with the planned name change sighting a ‘majority within the minority’ of voters that turned out, the numbers of which were artificially increased with a massive electoral fraud that included eyewitness accounts of blatant ballot box stuffing.

Various news reports sighted exit polling and anonymous accredited observer’s statements that had voter turnout closer to 20 – 25%, highlighting the severe voting irregularities on the day with one electoral station seeing a 500 vote jump cast in the final 30 mins of polling or the equivalent of a vote every 14 seconds.

The World Macedonian Congress deployed 167 official accredited observers throughout diaspora including 4 in Canberra and 4 in Melbourne. WMC observers, however, were asked to leave their post by Macedonian election officials at the Melbourne Consulate prior to the commencement of vote counting highlighting a disjointed and unprofessional process subject to manipulation and rigging. Only 16 voters turned up out of the 207 who registered to vote for the day in Australia wide.

A successful non-party affiliated boycott campaign was run by many grass roots activists including the World Macedonian Congress and the result has brought to the fore a desperate and panicked attempt to dismiss the snub from the Macedonian people as indifference or tacit approval, even though most Macedonians are treating it as a decisive victory for the Macedonian people.

The unconstitutional referendum was drafted by ‘foreign powers’ to appease Greece and change Macedonia’s constitutional name in order for Greece to not veto Macedonia’s ascension into the EU. The question itself however was not in accordance with constitutional law and illegally contained 3 combined questions effectively attempting to blackmail Macedonian citizens into accepting the proposed name change if they were pro EU.

In a case brought by the World Macedonian Congress last week, the constitutional court ruled that referendum was not about the Macedonia joining NATO or the EU but solely about the US/EU brokered deal with Greece, even though the question read ‘Are you in favor of European Union and NATO membership by accepting the agreement between the Republic of Macedonia and the Republic of Greece?’, siting there was no actual agreement or ascension plan currently in place or even being negotiated with either the EU or NATO. The bizarre decision paved the way for the referendum to proceed but also had the effect of emphasizing the true nature of the exercise to the public. There was no guarantee of any EU process and only a capitulation to the wishes of the Greek government insistent on inflicting a modern genocide on the Macedonian people.

The result represents a massive vote of confidence in President Ivanov who has vowed to veto any attempt to change Macedonias identity and slap in the face for Zaev and his Government who is currently under massive pressure to ‘deliver’ for his Euro-Atlantic handlers but has been proven to be a polarizing figure on the Macedonian political scene time and time again. 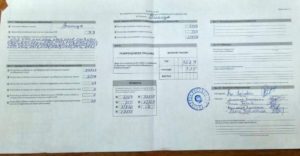 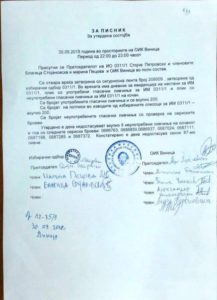 WMC-A would like to ask all media around the world to not just publish what is being released by the Zaev Government nor the Zaev backed media outlets in the Republic of Macedonia and question the legitimacy of the referendum.